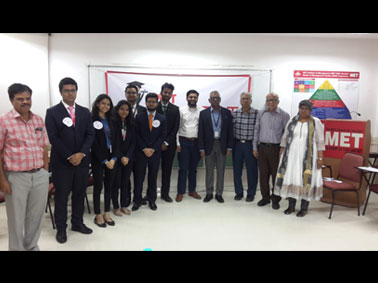 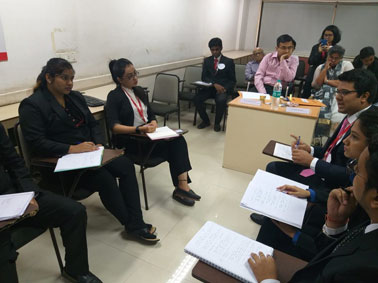 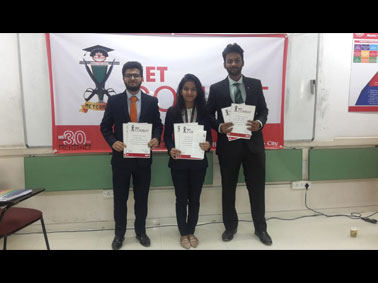 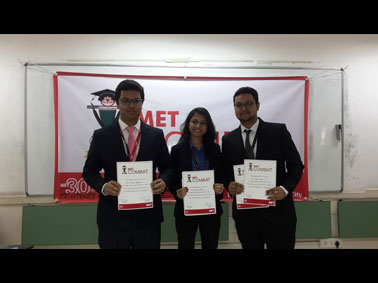 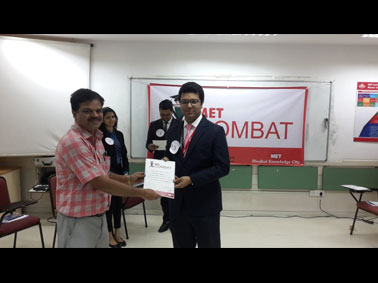 The Semi-finals and Final Rounds of MET COMBAT 2018-2019, the debating forum of MET Schools of Management were conducted on 1st March, 2019. This year 10 teams participated, out of which two PGDM junior teams faced each other in the final duel, to reach the number one position. The semi- finals were judged by two alumni, Mr. Guruprasad Kharkar and Mr. Sachin Nair along with Dr. Preeti Shirodkar, Coordinator MET Combat. The topic for the final round was “In the opinion of the House, the attacks in Kashmir tantamount to cross-border operations, and not terrorist attacks and need to be dealt with as such.” The round was judged by (Retd.) Col. Venkat Raman, Faculty SFIMR, Shrenik Gandhi, Co-founder, White Rivers Media and Dr. Preeti Shirodkar. Both participating teams were praised by the judges, for their debating prowess and research oriented arguments. The PGDM A Team was declared the winner and PGDM B as runners up. Manan Sanghavi, from the winning team, received the Best Speaker Award from the judges. The event was truly a battle of wits and enthralled the audience and judges alike.