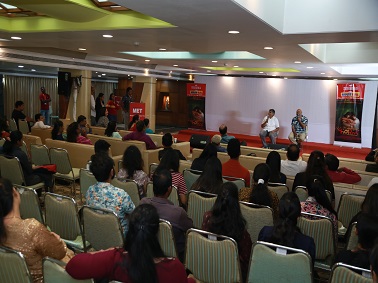 MET Housefull, an Initiative of MET Institute of Mass Media, aims to encourage media students to watch critical content and understand various perspectives of the audio-visual medium of storytelling.
On 18th Nov 2022 MET Institute of Mass Media organised an exclusive movie screening of the National Award Winning Marathi Film ‘Funral’. During the screening the Writer & Producer, Mr. Ramesh Dighe & Director Mr. Vivek Dubey were present.
The film story was about the human approach to life's biggest reality, 'Death'. The filmmakers discussed the making of the film, its ideation to execution, the essence of certain touching scenes and how the characters were sketched basis the need of the story. The filmmakers addressed the queries of the students with respect to the process of film making and media as a profession.
A mesmerising afternoon for the staff and students of MET.