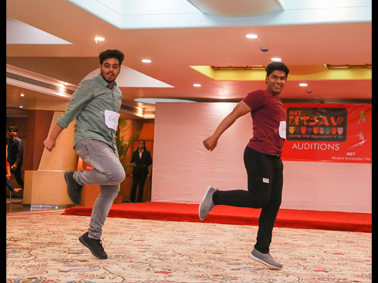 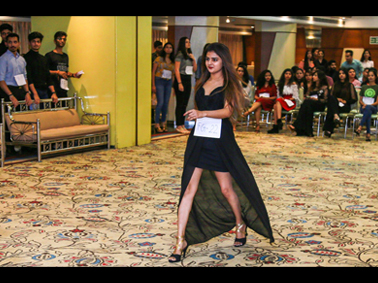 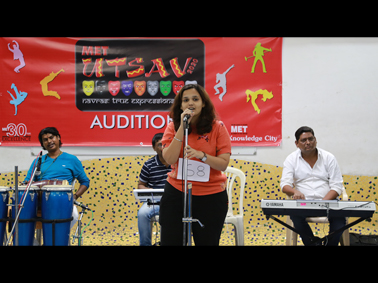 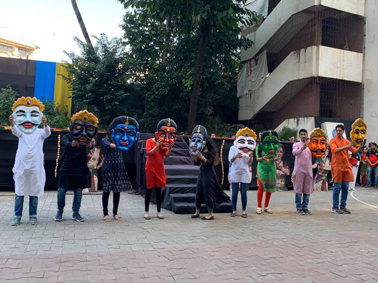 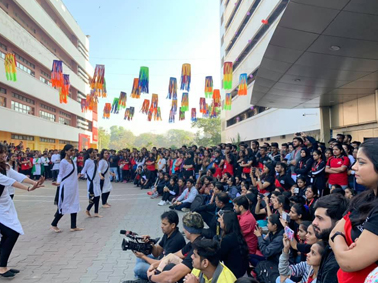 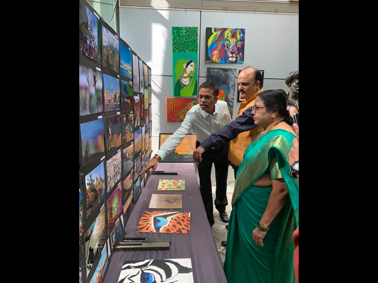 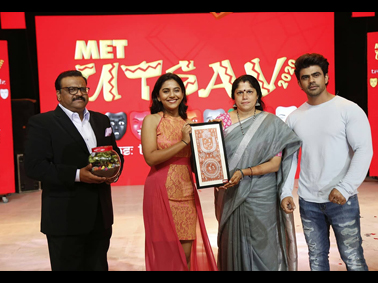 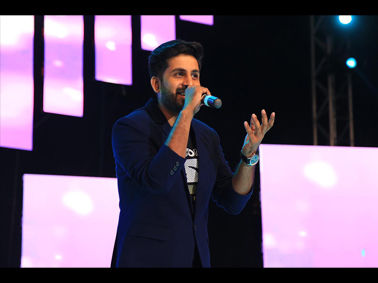 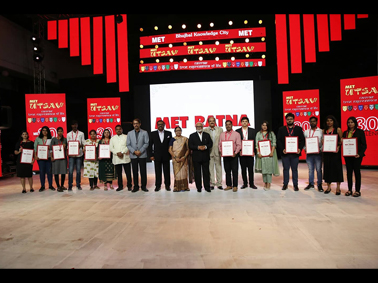 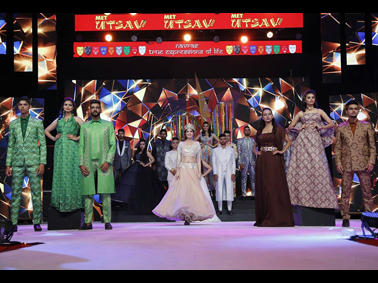 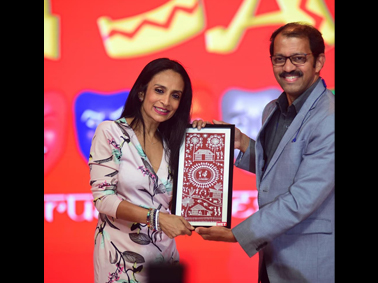 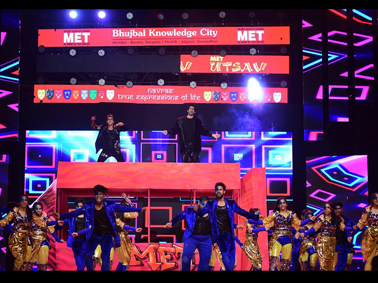 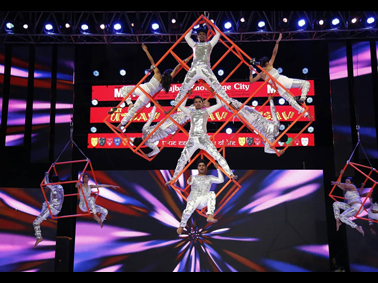 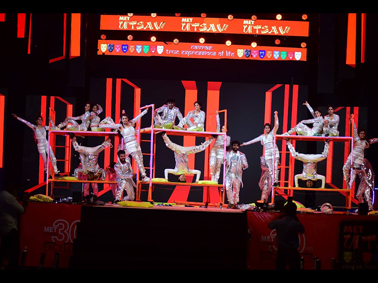 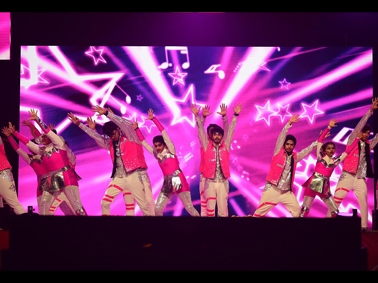 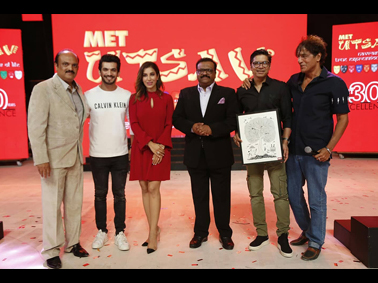 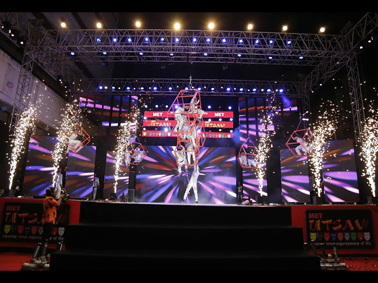 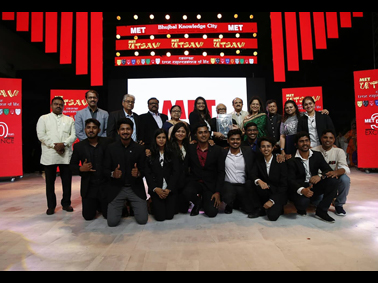 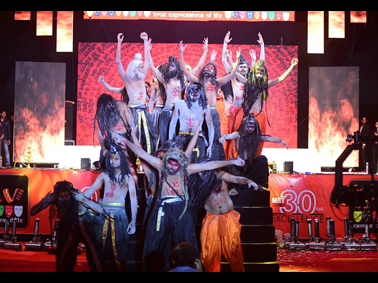 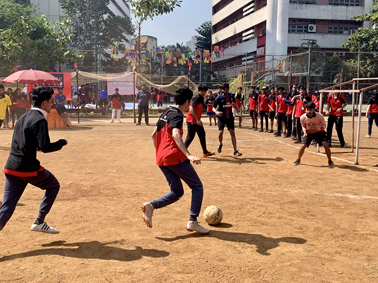 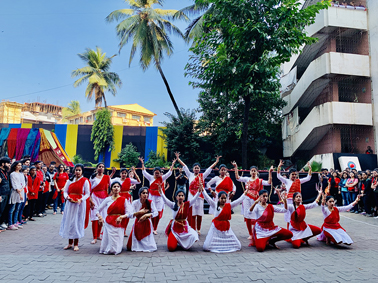 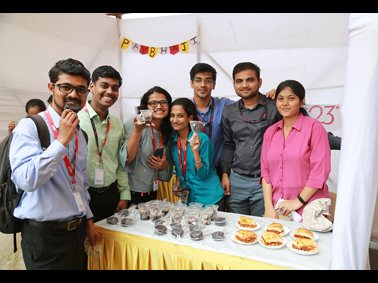 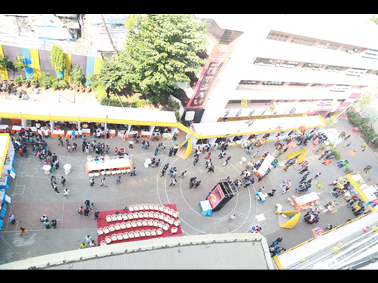 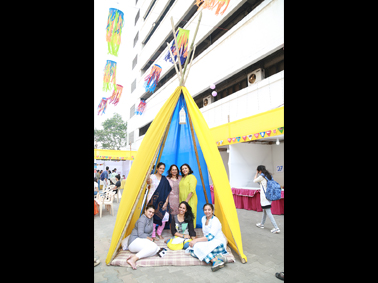 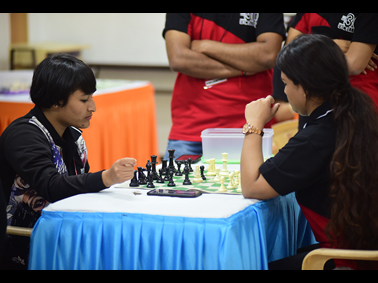 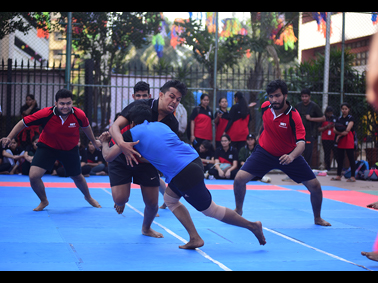 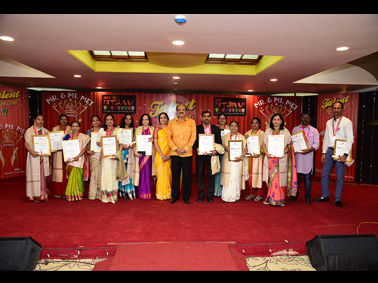 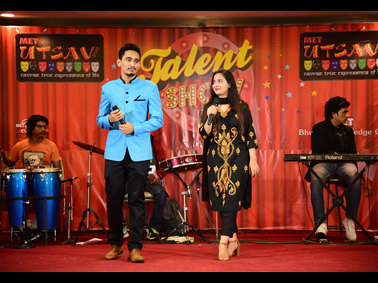 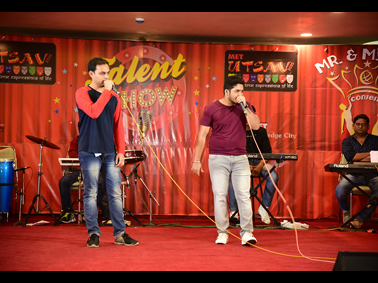 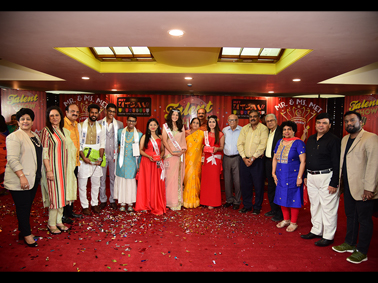 MET Utsav 2020 - The Mega Annual Cultural and Sports fest of the Mumbai Educational Trust (MET) is back with all fun, enthusiasm, and festive vibes. The grand intra-collegiate event spread over a period of almost one month, brings in air of uniqueness, energy and bonding, this gala celebration will culminate with sports meet scheduled on 18th January and finale on 27th January.

The much awaited Utsav kick-started with flash mobs by students across all MET Institutes. The flash mob performances were well coordinated and well appreciated by everyone. The fervor and energy of the students, as well as the audience, made the flash mobs a huge success, indeed MET has been beaming with a whole new level of excitement.

Ever since the announcement of this cultural extravaganza, everyday something new is buzzing on campus like auditions for fashion show, singing, dancing and compering.

On 18th Jan, 2020 the Grand MET Utsav began with an enthralling inauguration ceremony in the presence of thousands of students, faculty and staff. The inaugural dance was a student presentation from all MET Institutes, showcasing ‘Navras’ as the theme of the year. The mesmerizing performances left the audience completely awestruck.

The Creativity Exhibition too was declared open on this occasion, displaying some of the finest paintings, photographs, sculptures and artistic creations by MET students, faculty and staff. This exhibition will remain available for a fortnight. Every year this exhibition offers a platform to students to showcase their creativity and explore their artistic interests & passions.

MET Utsav commencement day also featured the MET Annual Sports Meet inaugurated at the hands of MET Trustee Shri Pankaj Bhujbal. This adrenaline rushing event witnessed about 1000 sports enthusiasts contending and sweating for rolling MET Vikram Trophy. The air was filled with cheering and tons of encouragement for the participants throughout the day.

What a Grand start to the Grand event MET Utsav 2020!

The MET Fest held on 22nd Jan, 2020 was a perfect assemblage of scrumptious food, games, shopping, entertainment and fun. All the students and staff indulged themselves in mouthwatering meals, pottery making, tattoo & nail art, and had a gala time while doing so, making it a fun-filled day. With music, dance and a lively ambience, the MET Fest 2020 was truly a delight.

MET Utsav celebrations bring out the best of everyone. ‘The Talent Show’ and ‘Mr. & Ms. MET’ were organized on 23rd January, 2020 as a part of the festivities. The Talent Show allowed the budding singers to put up an amazing show with their melodious voice and mesmerized all the METizens. The highlight of the evening was the Mr. & Ms. MET Contest, where students walked the ramp and exhibited their confidence with style and beauty.

The month long MET Utsav 2020 concluded with a fabulous Grand Finale - Cultural Nite on 27th Jan, 2020. The high energy power-packed performances on the MET Utsav 2020 theme ‘Navras’ had the audience glued to their seats throughout.

The dances were well choreographed by professionals of fame and performed perfectly by MET students and staff. Right from the school students to post graduate students all came together to celebrate the annual festivity. There were jaw-dropping aerial performances that were well synced to the Indian and western music. Outstanding folk dances based on the MET Utsav 2020 theme ‘Navras’ were well appreciated. Aptly themed 'Colors' the Fashion Show was indeed fine display of unique yet vibrant colours with well-groomed and dressed handsome and beautiful MET students walked the ramp in style.

Besides the finely synchronized aerial dances that won the standing ovations the evening would also be remembered for the special performance themed 'Kumbh’. Full of energy and vigor, the performance was as realistic as possible to the ‘Kumbh Mela’ that even celebrity Chunky Panday appreciated the same saying, "Today, at MET I have also been to Kumbh". The dazzling and enthralling Bollywood dance performance kept the audience engrossed. With MET alumni Maanav Matalia and Jash Bahl in the lead, students performed feats with ease. The event also witnessed fabulous singing performances by MET staff, students and celebrity alumni Mayur Sakhare.

As every year, the Cultural Nite was graced by well-known celebrities from the Bollywood and Marathi Cine World. Personalities like Padmini Kolhapure (an Indian actress who ruled the film industry throughout the 80s), Mrunmayee Deshpande (a famous Marathi Cine star), Ankit Mohan (an Indian film & television actor), Suchitra Pillai (an Indian actress, Model, Anchor and a VJ), Arjun Bijlani (a model and famous Indian television and film actor), Chunky Panday (an Indian film actor known for comic roles), Sophie Choudry (an Indian actress, former VJ and television presenter), Shaan (India's dearly adored playback singer) marked the event with their presence. Needless to say that these celebrities added their own special fervor to MET Utsav.

On this occasion the MET Gaurav Awards were given to members of the MET family who have showcased the highest level of Achievement and Excellence at the international or national level whereas MET Ratna Awards were conferred upon the sharpest minds of MET who have emerged toppers in their respective courses. They are the true Ratnas who make the MET family proud. These coveted Awards were bestowed at the hands of MET Chairman Shri Chhagan Bhujbal in the presence of Hon. MET Trustees Mrs. Meena Bhujbal, Shri Pankaj Bhujbal, Shri Samir Bhujbal, Dr. Jitendra. S. Wagh, Mr. Subhash Sanas and Mr. Dilip J Khaire. MET Vikram Rolling trophy which is awarded to the MET Institute that scored the maximum points at the MET Annual Sports Meet 2020, was bagged for the 5th time in a row by MET Institute of Management (MMS).

Indeed, MET Utsav is one of its own kind of event ever hosted by an Institution. Highly spirited and zealous display of professional stage skills by MET students deserved a great appreciation therefore won the applauds from student, faculty, parents and celebrities alike. Kudos to the METizens.