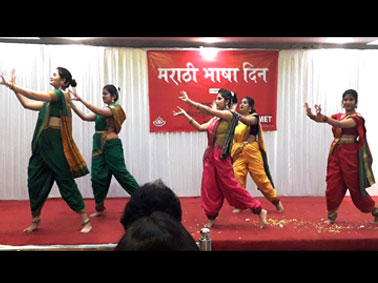 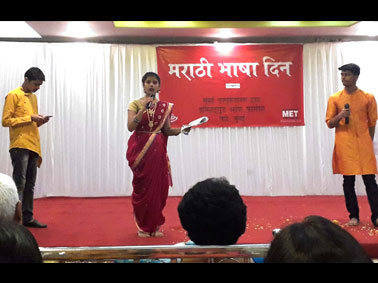 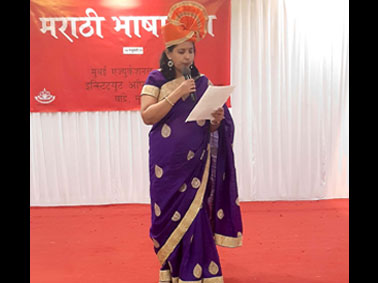 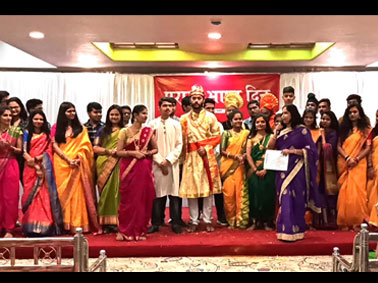 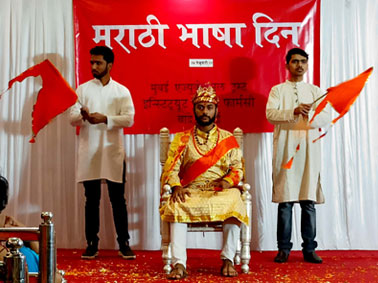 MET Institute of Pharmacy celebrated Marathi Bhasha Diwas on 27th February, 2020 with various cultural programmes based on the theme ‘The Evolution of the Era of Marathi Films'. We began this joyous occasion with students performing an energetic dance devoted to Lord Ganesha. Powada based on Chhatrapati Shivaji Maharaj was sung by Mr. Sudhir Ayare. The famous Lavani dance was performed with great enthusiasm. Many acts were enacted which were based on various Marathi stage dramas such as ‘Moruchi Mawshi' and ‘Natasamrat' followed by ‘Gondhal’. Scenes of well-known Marathi sitcoms such as ‘Timepass' and ‘Duniya Daari' were staged. The day would have been incomplete without an act performed on the life of Chhatrapati Shivaji Maharaj by the students. Dr. U. B. Hadkar enlightened the audience regarding the beauty of the Marathi language. Dr. Sonali Naik and a few students hosted the event and encouraged the audience to enjoy the various art forms in Marathi.