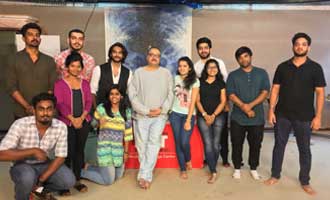 As part of the Films Module for the PG students (ADMM – Entertainment) of MET Institute of Mass Media, a week long guided film making workshop was conducted by renowned Actor, Producer & Director - Viveck Vaswani. It was an ideal combination of the business and creative side of film content, starting with concept to story to scripts and narrations.