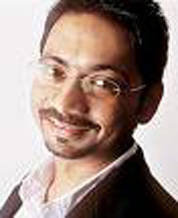 Amar K Deb, Former Head - Channel [V] delivered an interactive session on ‘thinking out of the box' at MET Institute of Mass Media. He addressed the pertinent question: In the crowded world of Indian cable television, channels across segments are in a mad race for eyeballs; so how does one appeal to the largest possible audience? He referred to how Channel [V] has created a branding for itself on television to differentiate it from its competitors.